The facts on ovarian cancer 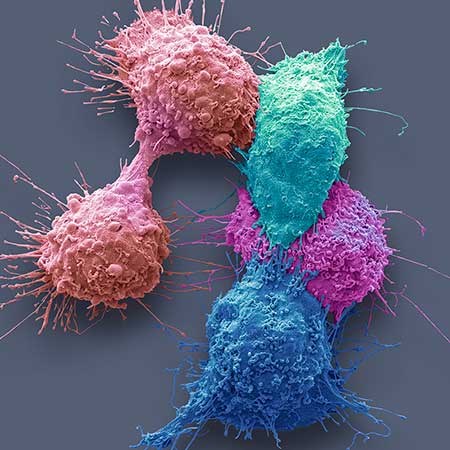 The American Cancer Society states that approximately one in every 75 women will be diagnosed with ovarian cancer at some point during their lifetime.

Who is at risk for ovarian cancer?

Ovarian cancer is a disease that affects a woman's ovaries. While any woman is at risk of being diagnosed with ovarian cancer, there are some women who are at a higher risk. Risk factors include:

While some of the risk factors identified above are beyond your control, you can take steps to lower your risk by knowing your family medical history and practicing healthy lifestyle habits, such as regular exercise and a healthy diet.

What are the symptoms of ovarian cancer?

Unfortunately, many times ovarian cancer is not diagnosed until a later, more progressed stage. It's what is often called a silent condition since it often doesn't cause symptoms at an early stage.

In fact, according to the American Cancer Society, only around 20% of ovarian cancer cases are diagnosed at an early stage. Therefore, it is extremely important for women to take control of their health and speak up if they feel something's not quite right with their health.

The following are common signs of ovarian cancer in a more advanced stage:

Keep an eye on your health and if you notice any changes in your body that strike you as unusual, seek medical attention. It's better to have your symptoms checked out and identified as something simple than to not seek medical care and find cancer in an advanced stage.

Parkridge Health System offers a wide variety of women's health services. Make an appointment with a knowledgeable and experienced physician today should you have any questions or concerns about your current health.

What you should know about robot-assisted hysterectomy

October 3, 2019
More than 600,000 hysterectomies are performed each year in the United States. In fact, by 60 years of age, more than one-third of all women ...
Previous Post

Shock therapy isn't what you think it is

September 23, 2019
Learn the history of electroconvulsive therapy and how it can help treat severe depression and some other mood disorders, safely and effectively...
Next Post
Back to blog home

How Much Do You Know About Colorectal Cancer?

Seeing your provider during the pandemic: What to expect

What is CBD and why are so many people using it?

Are you at risk for gestational diabetes?

What Women Should Know About Endometriosis

There's No Better Time than Now to Quit Smoking