Is It Aging or Chronic Obstructive Pulmonary Disease (COPD)? 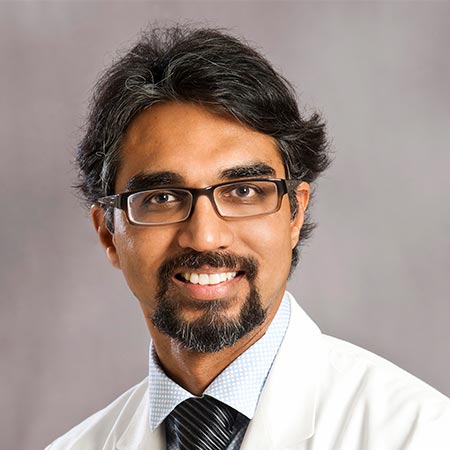 Tracking your activity levels and comparing your symptoms with friends of a similar age can illuminate possible signs of COPD.

Are You as Active as Before?

COPD can make breathing difficult, and the disease’s symptoms – which include wheezing, chest tightness and coughing that produces an overabundance of mucus – can cause such discomfort during exercise that people with the disease often limit their physical activity.

In its earliest stages, symptoms of COPD can prevent people from participating in activities, such as tennis or hiking, they formerly enjoyed. As the disease progresses, its symptoms can make routine day-to-day activities, such as taking a shower, getting dressed, or eating and drinking prohibitively strenuous.

The problem is that many people with COPD begin to limit their activity levels, which can appear to stop the symptoms.

“As patients become more symptomatic, they may curtail their activities and feel they’re doing better,” Dr. Shantha said. “I see this all the time in my patients. Many of them think they are doing fine, but as I start to ask more specific questions about how their current activity levels compare with what they were doing three years ago, last year or three months ago, the fact that they are not doing as well as they thought becomes obvious.”

COPD affects approximately 30 million Americans and is the third leading cause of death in the United States.

Although COPD can make physical activity challenging, Dr. Shantha encourages people with the disease to continue exercising as much as possible.

“Patients with COPD can suffer from other conditions, such as osteoporosis, as well, so staying active is helpful,” Dr. Shantha said. “I recommend starting slowly and finding exercises – walking, for example – they can tolerate and stick with. There are a number of potential health problems that can happen downstream if patients with COPD gradually become inactive.”

While exercising will not reverse the effects of COPD, maintaining an exercise plan can build up endurance and may help improve the disease’s symptoms. Walking is an excellent, low-impact activity to try first, and lifting weights can also help build upper-body strength.

Are You as Active as Your Peers?

In its earliest stages, COPD can cause shortness of breath that seems like part of the aging process. But comparing the severity of your symptoms with those of your peers may provide insight about whether your symptoms are related to your age or COPD.

“Patients and their families sometimes blame symptoms on old age, but it is important to consider the risk factors: Smoking and exposure to harsh chemicals or dust can predispose people to COPD,” Dr. Shantha said. “Also, if a person experiences shortness of breath to a greater degree than his or her peers, that should be a red flag. Comparison with people of similar age can help differentiate signs of COPD from typical age-related symptoms.”

COPD is a leading cause of mortality in the US, and although there is no cure, recognizing the symptoms early can position you to make lifestyle changes – such as creating and maintaining an exercise plan and eating a balanced diet – that can help reduce the impact of the disease.

“You have to do whatever you can to minimize the long-term effects of COPD by preventing a quick decline,” Dr. Shantha said. “Once you have been diagnosed, the goal is to maintain healthy lung function and do whatever it takes to keep it that way.”

Are you at risk for COPD? Pulmonologists at Parkridge Health System can help. Call MedLine at (423) 622-6848 to schedule a free referral.

June 13, 2022
While you're packing for vacations and staycations, be sure to add summer safety to your checklist.
Next Post
Back to blog home

What You Need to Know About Cervical Cancer

How to combat age-related changes and physical decline

Keep your heart healthy this winter

Is Your Anxiety Normal or a Sign of Something More Serious?