Could a supplement help keep your mind sharp? 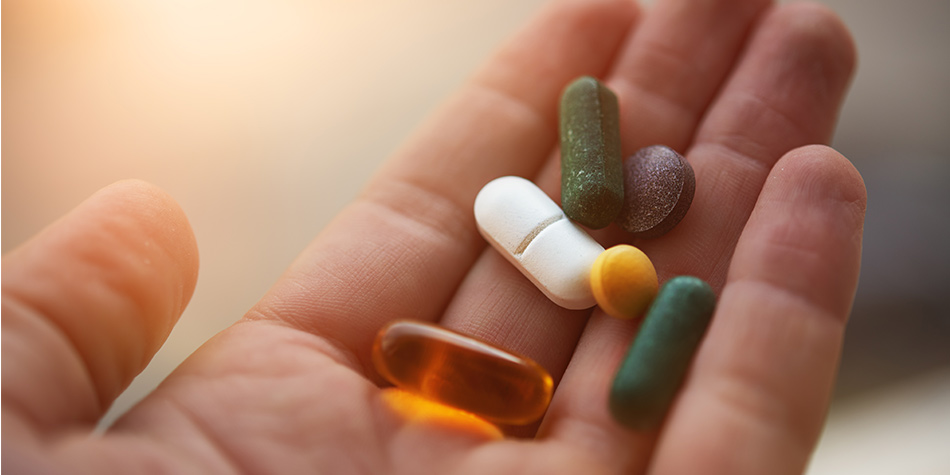 By the year 2060, an estimated 14 million older adults in the United States will be living with dementia, which affects not only memory, but also decision-making and one’s overall ability to perform daily activities, according to the Centers for Disease Control and Prevention. Alzheimer’s disease—the most common and often feared type of dementia—currently affects 5.8 million Americans of all ages. Despite its rising prevalence, dementia isn’t a normal or inevitable part of aging. But this fate is a common concern among adults, particular those approaching older age, according to a poll published in 2019 by the University of Michigan Institute for Healthcare Policy and Innovation.

Researchers surveyed 1,028 people between 50 and 64 years of age about brain health and found that nearly half were worried about facing memory loss or dementia. They also found that most folks did not discuss these concerns with their healthcare provider (HCP)—but 73% of the participants did try unproven strategies to protect their mind, including doing mentally stimulating games, like crossword puzzles or taking brain health supplements. In fact, 48% admitted to taking some type of vitamin or supplement to boost their memory, and 32% used fish oil or omega-3 supplements, the research showed.

This isn’t the only poll suggesting that brain supplement use is widespread among adults. The 2019 AARP Brain Health and Dietary Supplements Survey found that 26% of U.S. adults age 50 and older take at least one of these products. Not only are brain supplements widespread, but its big business, too: the AARP projects that sales of these products will reach $5.8 billion by 2023. But do over-the-counter brain health supplements really help sharpen fuzzy thinking or boost mental alertness? Could they really help stave off mental decline, or even Alzheimer’s?

The short answer: it’s unclear. There is little scientific evidence about the effectiveness of brain supplements. The only things we know with certainty are that they’re not cheap and they’re not risk-free.

Another important truth: you should not take supplements of any kind, including those labeled as “all-natural,” without talking to your HCP about it first.

The U.S. Food and Drug Administration (FDA) doesn’t regulate dietary supplements in the same way that it controls prescription and over-the-counter medications. That means health officials do not test supplements for safety or effectiveness, and they could contain harmful hidden ingredients. Brain supplements also can’t be advertised as treatments for diseases, such as Alzheimer’s, but many are marketed as being beneficial for mental focus and memory—claims that aren’t backed by iron-clad research.

What is a brain supplement anyway? Most of these products focus on a few key nutrients that are usually included as part of overall, heart-healthy eating plans—such as the Mediterranean and DASH diets—which have been associated with greater longevity. Among these nutrients:

The bottom line on brain supplements

It’s wise to keep your cash in your wallet, advises the AARP-founded Global Council on Brain Health (GCBH), a group of leading neurologists and other brain experts. A 2019 GCBH report, which reviewed recent research on some well-known brain health supplements, concluded that there’s simply not enough evidence that they actually work.

A doctor can give you the best advice on whether a product is right for you based on your health history and any medications you may be taking.

What you should do instead

Rather than spend money on unproven and possibly risky brain supplements, you could focus on what has been shown to improve cognitive function, including the following:

4 steps to help you embrace change

June 15, 2020
Change can be difficult no matter the circumstances, but the coronavirus pandemic has caused many changes to daily life in recent months. Learn...
Previous Post
Parkridge Health System

COVID-19 phobia? Why you should not delay emergency...

May 15, 2020
Delaying medical care can have serious consequences. But unfortunately, data suggests this is what has been happening in the wake of the COVID...
Next Post
Back to blog home

Are you at risk for COPD?

Heart problems after COVID-19: what we know now

How Often Should You Really Be Washing Your Sheets?

How to care for a wound that won't heal